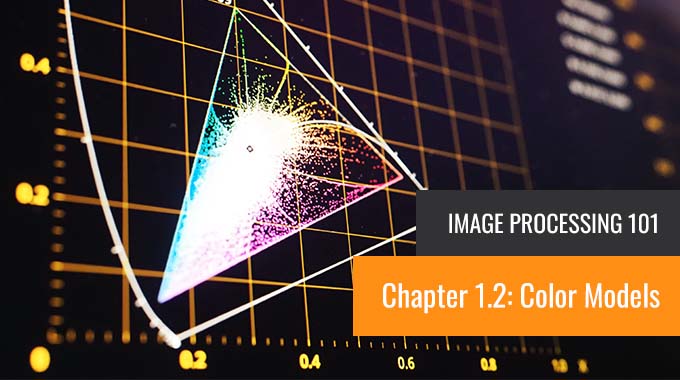 What is a Color Model?

A color model is an abstract mathematical model that describes how colors can be represented as a set of numbers (e.g., a triple in RGB or a quad in CMYK). Color models can usually be described using a coordinate system, and each color in the system is represented by a single point in the coordinate space.

RGB color model stores individual values for red, green, and blue. With a color space based on the RGB color model, the three primaries are added together to create colors from completely white to completely black.

There are many different RGB color spaces derived from this color model, standard RGB (sRGB) is a popular example.

The system is closer to people’s experience and perception of color than RGB. For example, in painting terms, hue, saturation, and values are expressed in terms of color, shading, and toning.

The HSV model space can be described as an inverted hexagonal pyramid. 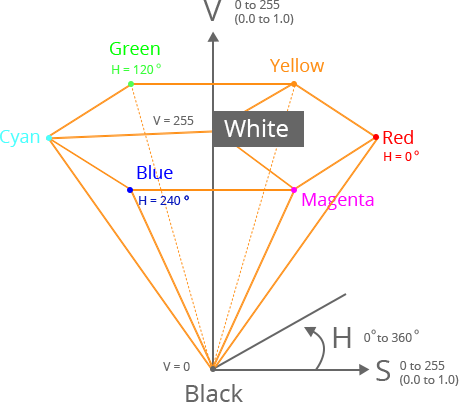 The Y′UV model defines a color space in terms of one luma component (Y′) and two chrominance (UV) components. The Y′ channel saves black and white data. If there is only the Y component and there are no U and V components, then the graph represented is grayscale.

The Y component can be calculated with the following equation: Y = 0. 299R+ 0. 587G+ 0. 114*B, which is the commonly used grayscale formula. The color difference U and V are compressed by B-Y and R-Y in different proportions.

Compared with RGB, Y’UV does not necessarily store a triple tuple for each pixel. Y′UV images can be sampled in several different ways. For example, with YUV420, it saves one luma component for every point and two chroma values—a Cr (U) value and a Cb (V) value—every 2×2 points. I.E., 6 bytes per 4 pixels. 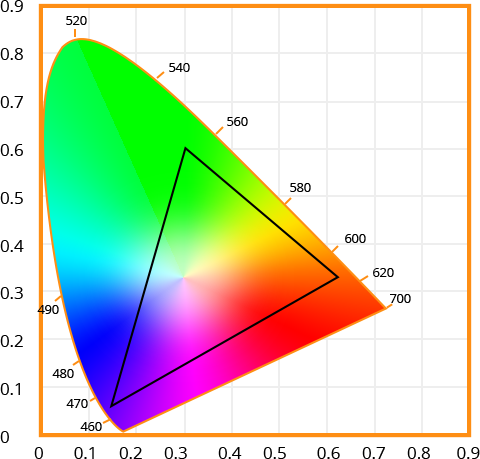 The scope of the terms Y′UV, YUV, YCbCr, YPbPr, etc., is sometimes ambiguous and overlapping. Historically, the terms YUV and Y′UV were used for a specific analog encoding of color information in television systems, while YCbCr was used for digital encoding of color information suited for video and still-image compression and transmission such as MPEG and JPEG. Today, the term YUV is commonly used in the computer industry to describe file-formats that are encoded using YCbCr.

This article is Part 2 in a 7-Part Series.