Explore the flexibe barcode reading settings to optimize for your specific usage scenario.

Detects the machine-readable zone of a passport, scans the text, and parses into human-readable data.

Dynamic Web TWAIN’s main feature is interacting with imaging devices like scanners and cameras. In this section, we’ll look at the supported devices.

TWAIN Scanners refer to image scanners and document scanners that have drivers following the TWAIN standard.

See more: How to use TWACKER to check if your device is TWAIN Compliant?

ICA Scanners refer to image scanners that have drivers designed in accordance with the ImageCaptureCore Framework.

See more: How to test if your scanner supports ICA scanning on Mac OS? 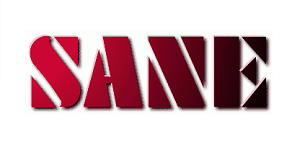 SANE Scanners refer to image scanners that have drivers designed in accordance with the SANE API.

See more: How to test if your device is SANE compliant?

DirectShow Cameras refer to the cameras which can be accessed via the Microsoft DirectShow architecture. These cameras are either built into desktops / laptops or connected via USB.

Is this page helpful?